Don’t Get Jammed with a Web Design Scam 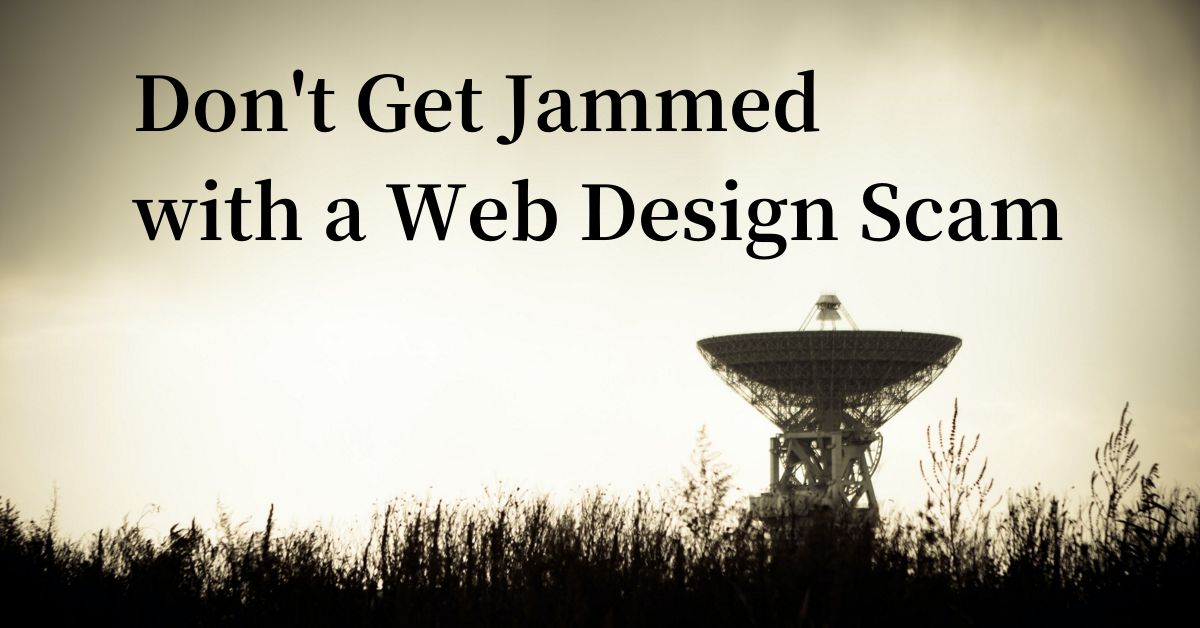 If you’re a web designer or digital marketer, chances are you will be sent an email like the one below at some point.

In fact, I just received this email the other day via our Divi contact form. I haven’t received an email like this before. From first glance, the text may seem fairly legitimate. Below I describe the steps you should take to verify if you received a scam email from a fake customer.

What to Look For

The first thing you may notice after reading the email is the broken English. Every time there’s an email with relatively broken English, doesn’t mean it’s automatically fake. The use broken English and lack of proper capitalization could mean the sender was foreign, for example. However more times than not, broken English usually raises red flags for a fake email.

It’s worth noting that our company contact form has a field for the sender’s company. It’s not required that the company field is filled in, however spam bots tend to fill it in if it exists. My divi form appends Company: <company name> to the bottom of the email I receive. The value this spam bot submitted is fbddh, which is a telltale sign that the email is phony. I have actually received other spam emails in the past with the same value for the company.

Let’s take a look at the header of the email. Who sent this email? It seems to be sent from “someone” with a strangely American name, Joe Brown. The email address is a bit strange as well, barr.joe.brown@gmail.com. Perhaps the name barr prefixing joe.brown is supposed to emulate a middle name? It’s hard to tell. Of course, I’m sure there is someone whose name is actually Joe Brown who took joe.brown@gmail.com. A different email address would have had to have been generated instead since joe.brown@gmail.com was probably already taken. If content of the email seems foreign, but has an American name for the sender, this raises another huge red flag.

There are actually quite a few people who fall for this scam. Fortunately, most web designers who do fall for it send a quote and receive no response back.

Have you received a scam as a web designer? We would appreciate if you reach out to us with a link to a screenshot of the email, along with the sender’s name and email address. We would love to analyze it and update this article to include it.

Be sure to subscribe to our newsletter to receive our latest web design and digital marketing articles each week.

You have Successfully Subscribed!